Three years into the Great War communities were still rallying around raising money and goods for the War effort.  In Yannathan, the Patriotic League was given donations of money and agricultural products - potatoes and chaff and livestock -  a pony and a lamb. The Red Cross at Nar Nar Goon collected 65 dozen eggs and a 'meadow fete' was held at Officer. I presume a 'meadow fete' was something like a harvest festival as there were prizes for displays of produce and sweets. The 'meadow fete' was held in aid of the 'A.W.N. L Milk and Fruit fund for Soldiers' This was the Australian Women's National League and they raised money to send tinned milk  and tinned fruit to the soldiers overseas. 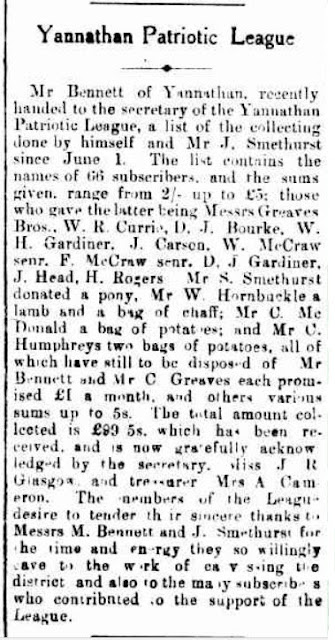 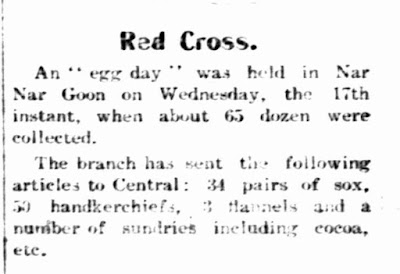 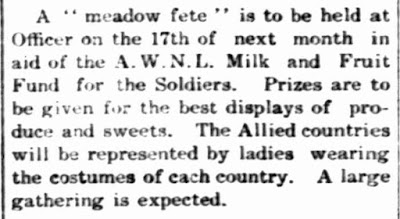