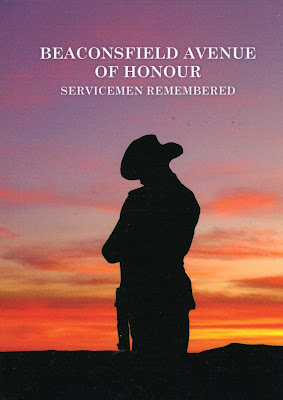 Funds for the Avenue were donated by Miss Ada Armytage of Holm Park in Beaconsfield. Ada was one of the Armytage family who owned Como House. You can read about Miss Armytage here The trees were planted in 1929 and there were also metal plaques that were made at the time, but never displayed. They went missing for a while and they were located by the late Tony Rushton at the  City of Casey depot, which is where the Avenue is, however Beaconsfield, where most of the soldiers came from is part of the Cardinia Shire. New plaques listing the soldiers names were made and installed in Beaconsfield Park March 13, 2015 - there are three plaques listing the 65 names. How proud Tony Rushton would have been to see this finished project as he did a lot of work on researching and commemorating the Beaconsfield soldiers and was responsible for initiating this project, but he was sadly killed in a car accident at Easter time in 2007. 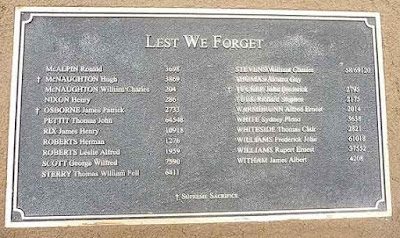 One of the new plaques installed in Beaconsfield Park in 2015
Photograph courtesy of  Casey Cardinia Remembers website.

The book lists the names, service number and a short biography of each soldier. The research on the soldiers was undertaken by Penny Harris Jennings. It's a a great publication honouring the men who served in the Great War from the Beaconsfield area. Click here to access Library copies of the book. 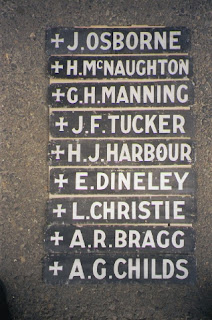 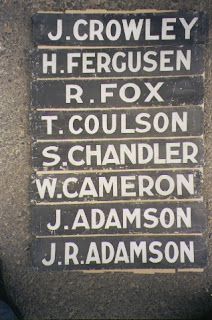 These are some of the original plaques, taken by Tony Rushton at the City of Casey Depot.
Posted by Heather at 8:16 PM