The Public Records Office of Victoria have digitised their Soldier Settlement Records from 1917 to 1935. This is the website - http://soldiersettlement.prov.vic.gov.au/ According to the website - Reports from the time indicated there were around 11,000 farms created, although it seems likely this figure includes successful applicants to the scheme who did not end up going on to the land.  Whether there were 11,000 applicants or farms - that's a lot of records and it makes you realise what an extraordinary amount of work the Public Records Office has undertaken to make these records available.

You can search these records by the name of the soldier or by the location of their farm. I just clicked on the map at random and came up with  Ernest  Russell Proctor's file. Mr Proctor had 43 acres, Allotment 44, Section J parish of Koo-Wee-Rup,  on McDonalds Drain Road in Pakenham South. Ernest applied for the land in October 1918.  His file is 6 pages long  - the first page is reproduced below. 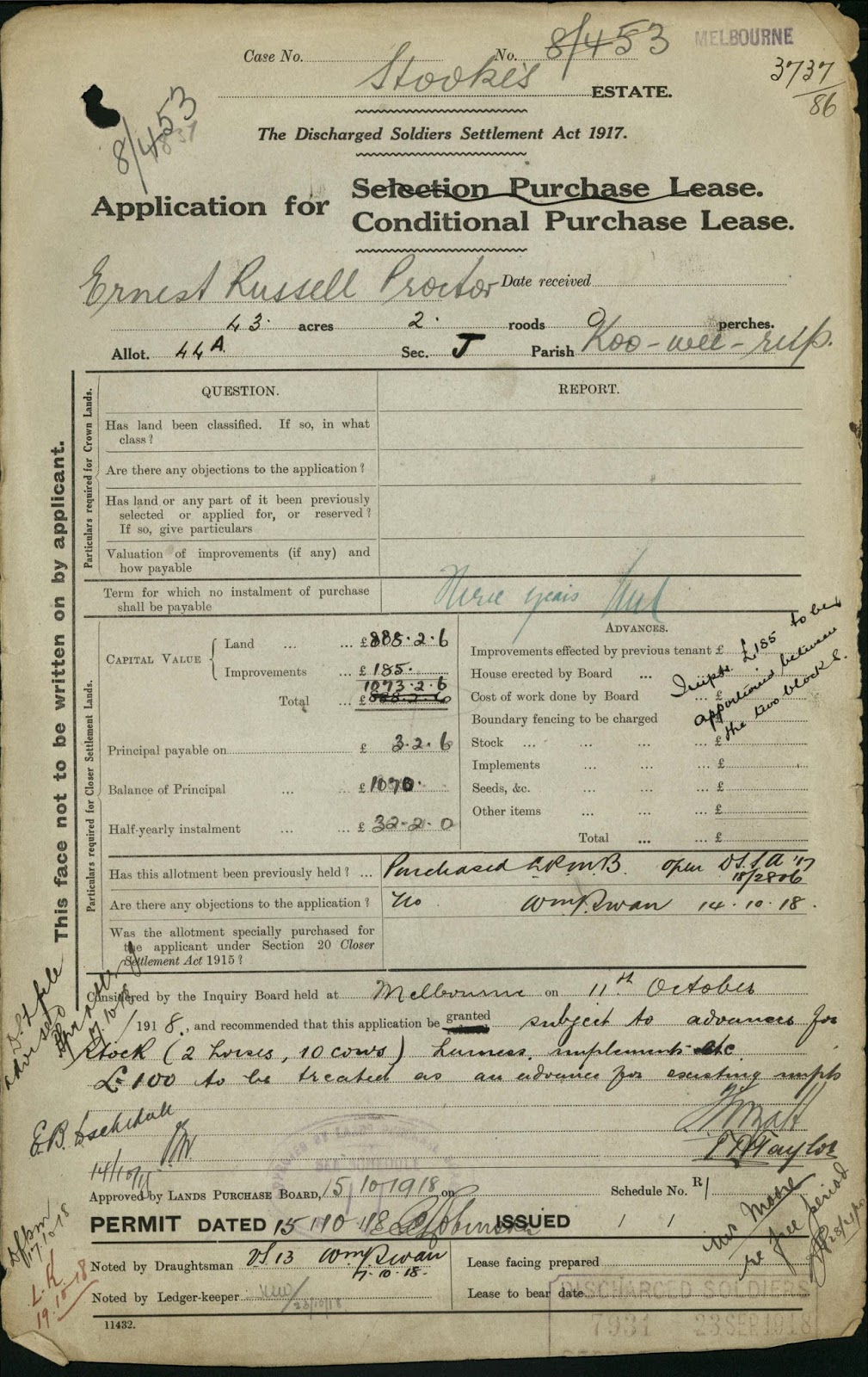 Other pages in his file have information about him - marital status, previous farming experience, current assets etc.  There is also a page that lists what happened to the farm, for instance, this farm was transferred to another owner in 1926.

The website highlights the stories of a few individual settlers including that of Percy Pepper, one of the few Indigenous servicemen to be granted a Soldier Settlement block, in this case in Koo-Wee-Rup. Percy was on the farm from 1918 until 1924, when like many farmers on the Koo-Wee-Rup Swamp he was defeated by the many floods. 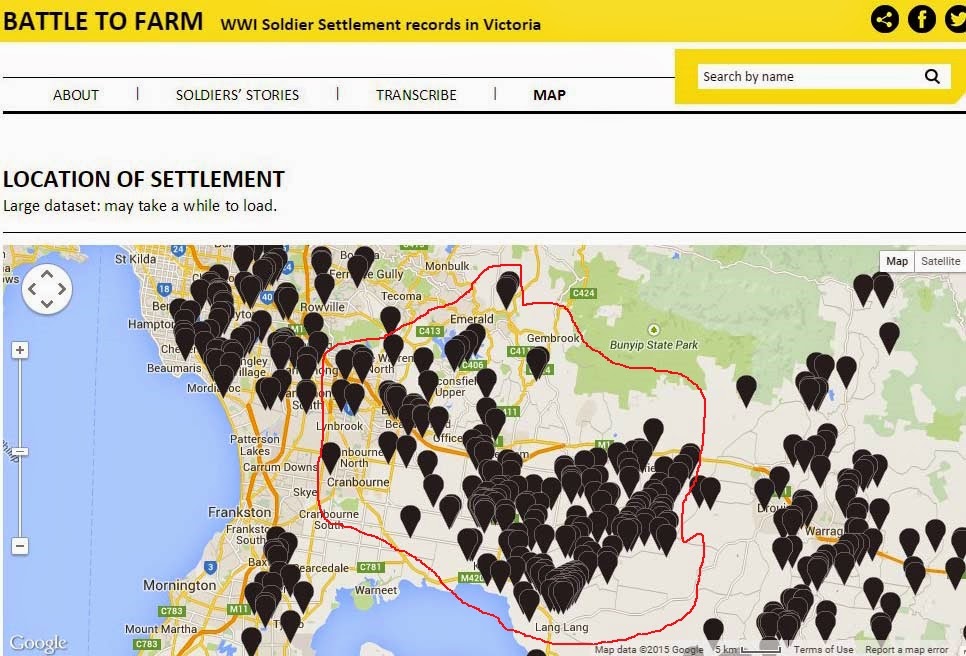 I have taken a screen-shot of the area of the  map, which covers our region and out-lined it in red (to the best of my abilities) - each black balloon represents at least one soldier settlement farm - so I estimate that there must have been at least 200 farms in the region.

These records make fascinating reading and give an insight into how many soldiers lived thier life after their return from fighting in the Great war.