There are three Avenues of Honour in Berwick which commemorate the service of local people in the First World War.  The City of Casey has produced a book on the Avenues in their region, including the three Berwick ones. You can down-load a copy of the book here.

The smallest of these Avenues is the one in Church Street in Berwick which commemorates the nine soldiers who were killed and who had attended Berwick Grammar School. This school operated from 1882 until 1928 and was located in the building on the corner of Church Street and Brisbane Street, in Berwick. 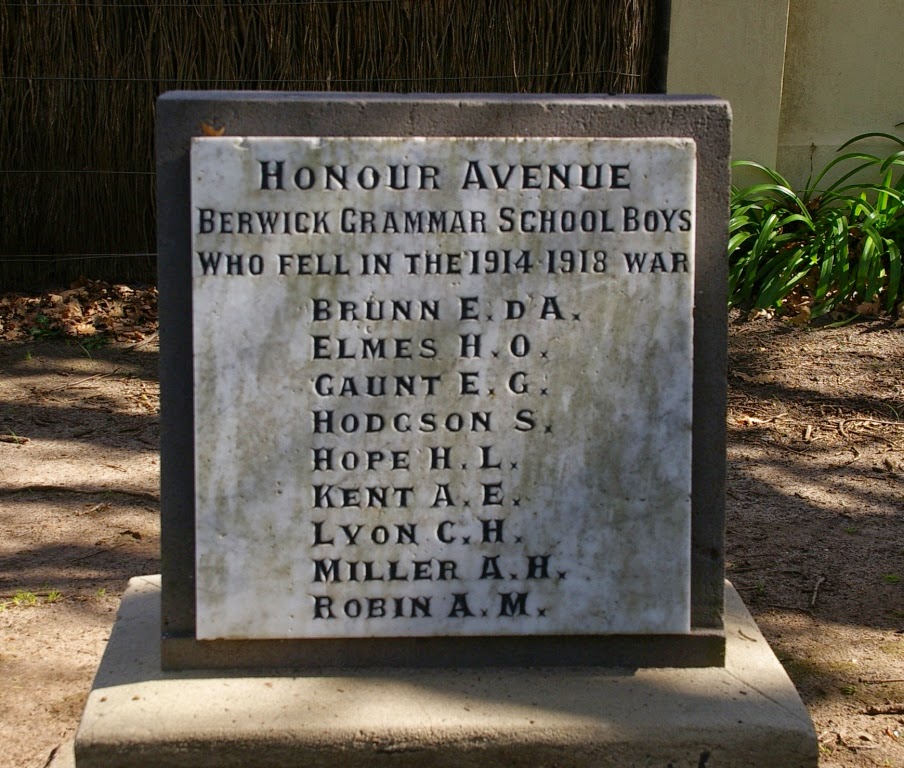 This is the memorial stone, in Church Street, which lists the names of the nine soldiers. 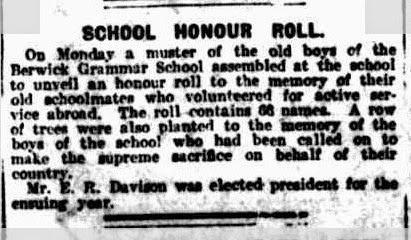 We know the Avenue of Honour was planted in June 1920 and an Honour Board listing the names of the 66 'old boys' who joined up was unveiled at the same time and I presume the memorial stone in Church Street was also erected at this time.

Who are the nine boys, who were honoured by the Avenue in Church Street?  It is not always that easy to specifically identify the names on a memorial and in this case, as Berwick Grammar was a boarding school as well as  a day school, many of the students did not have a local address, so I was lucky to find the following article on Trove
, 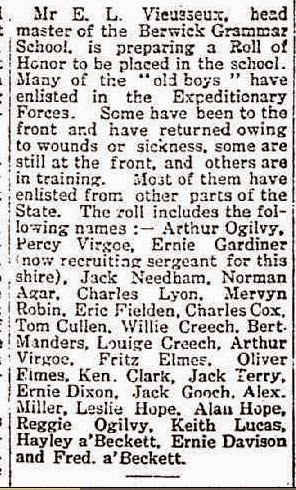 As you can see the article lists a number of 'old boys' who had already joined up in 1916, some of whom are on the Avenue of Honour stone. Below is a list of the nine students and their Service Numbers (SN). You can access their full service records on the National Archives of Australia website, www.naa.gov.au

Brunn, E.D'A. This is Eric D'Arcy Brunn (SN 3357) even though his enlistment papers at the National Archives have his surname as Bruun, Eric was born in Seymour and was 38 years old and living in Woodend when he enlisted on June 18, 1917. He was Killed in Action in France on April 25, 1918. I am unsure whether Brunn or Bruun was the correct surname -  his sister, Alice D'Arcy Brunn enlisted as a nurse in 1915 and yet I have found them on the Electoral Roll as both Brunn and Bruun.

Hodgson, S. I can't work out who this is. On the Australian War Memorial Roll of Honour there is  only one S. Hodgson listed - Sidney Hodgson (SN 3562)  who was born and enlisted in New South Wales. He was 18 when he enlisted on September 7, 1915 and was Killed in Action in France a year later on October 22. Was this our S. Hodgson? The history of Berwick Grammar School (citation below) has an incomplete list of students and it lists an S. Hodgison -  but I cannot find any Hodgisons who enlisted.  If you know who this might be, I would love to hear from you.

Kent, A.E.  Alfred Ernest Kent (SN 3336) was from Narre Warren and enlisted on  August 2, 1915. Alfred's parents, Anthony and Mary Kent had arrived in Narre Warren around 1875 and purchased Granite Park (which they re-named Oatlands). Alfred was married to Alice Webb, the daughter of Sidney and Ann Webb.  Alfred was 40 when he enlisted as was Killed in Action in France on May 5, 1916.

Lyon, C.H. Charles Hugh Lyon (SN 412) was born at Hawksburn and enlisted in Western Australia on September 10, 1914. He was 26  and his next of kin, his mother, was living at Harkaway. Lieutenant Lyon was part of the Camel Corp and was Killed in Action on November 7, 1917 in Palestine. 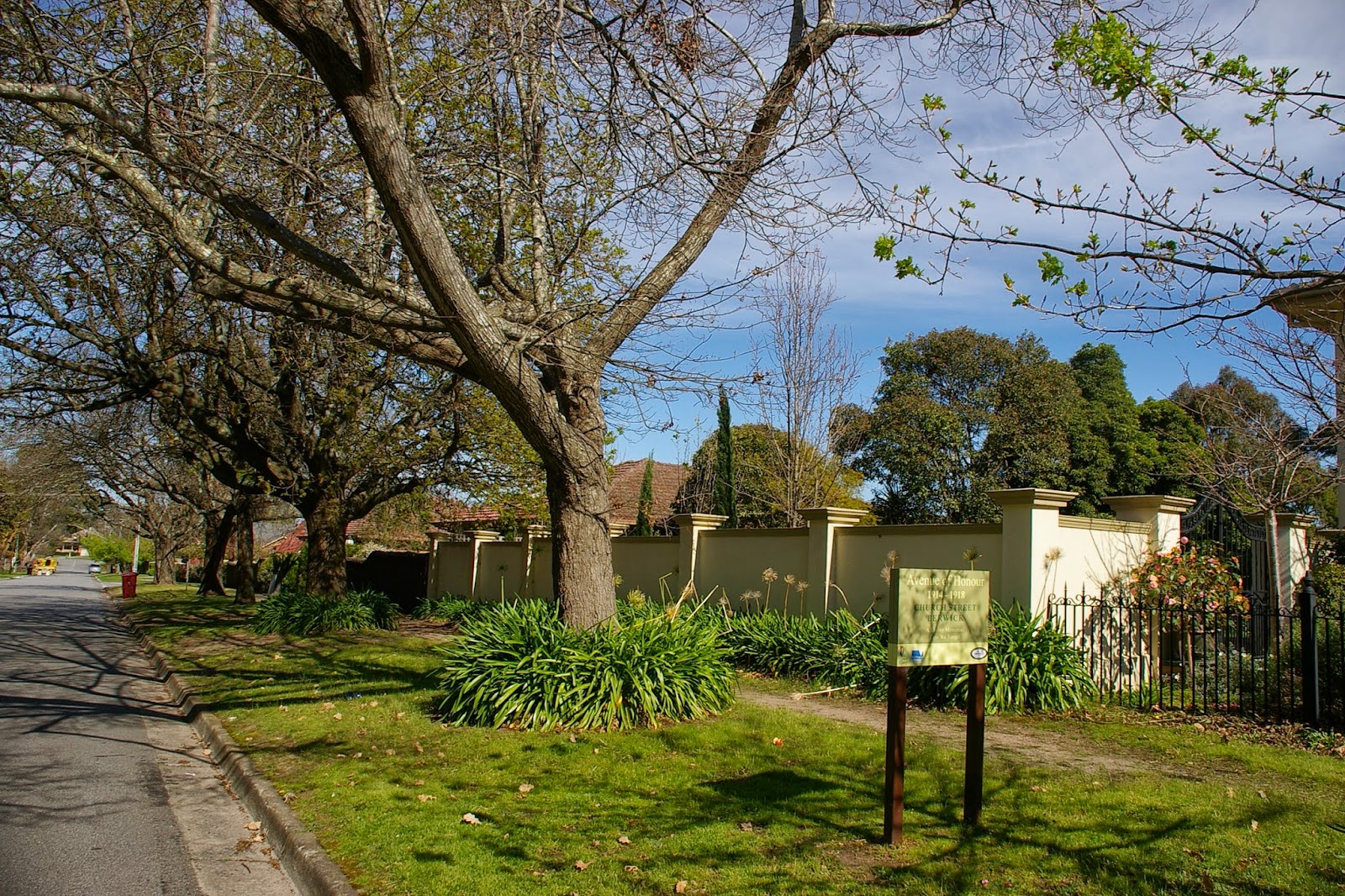 The Avenue of Honour in Church Street, Berwick.