Les Cochrane - from AIF to MLA

Cochrane Park in Koo-Wee-Rup is named after Leslie James Cochrane.  Mr Cochrane died on April 25, 1972. His funeral was held on April 28 at the Presbyterian Church in Koo-Wee-Rup and attended by an estimated 1,000 people with another 700 people attending the service at the Springvale Crematorium. Mr Cochrane was a man who served his country in the Great War and then served the community after being elected as a Member of the Legislative Assembly in the Victorian Parliament. 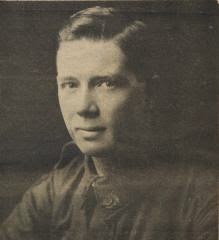 Leslie was born in Bentleigh in 1894 to David and Lucy (nee Burgess) Cochrane. The family moved to Caldermeade when he was eight. He enlisted in the First World War on May 2, 1916 at the age of 21. His Service Number was 2162.  He was in the 46th Infantry battalion and saw war service in France. He returned to Australia in February 1918 and in the December of the same year he married Ivy, the daughter of Harry and Sarah Wildes of Yannathan.  Leslie and Ivy moved to a soldier settlement block on the Pakenham Road.  After the war, as well as running the farm, Mr Cochrane began a life of community service. He joined the Cranbourne Shire Council in 1930, representing the Koo-Wee-Rup Riding until 1964 and was Shire President on four occasions. It was said he never missed a meeting. 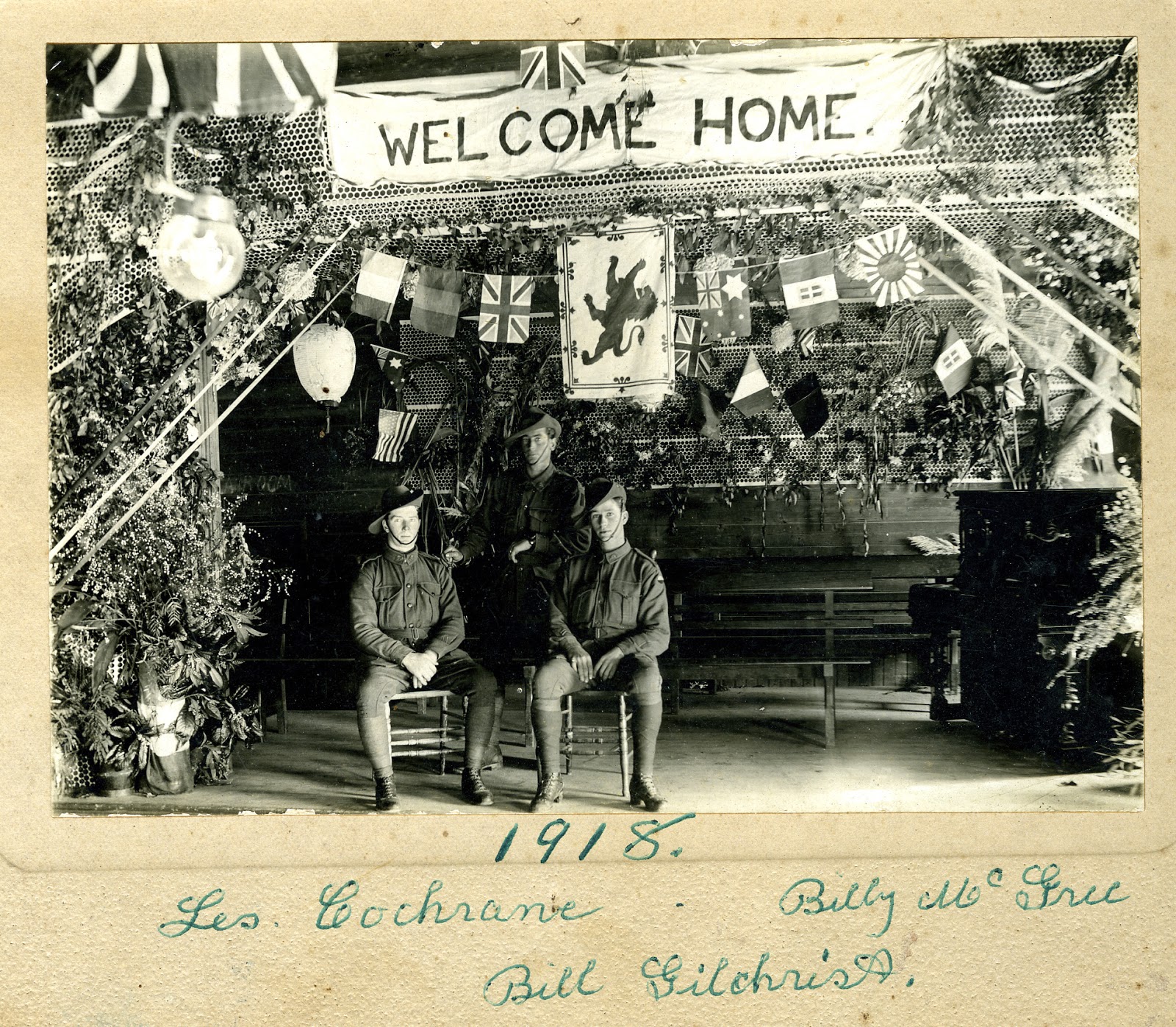 This wonderful photograph belongs to the Koo-Wee-Rup Swamp Historical Society and shows Les Cochrane, Billy McGree and Bill Gilchrist and their 'Welcome Home' party in 1918. 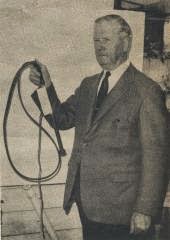 Mr Cochrane also represented Gippsland West in the Legislative Assembly from May 1950 until May 1970 for the Country Party. He held various Parliamentary positions and was the Country Party ‘whip’ from 1961 until 1970. When he died, the Premier, Sir Henry Bolte; the Leader of the Opposition, Mr Clive Holding and the leader of the Country Party, Mr Ross-Edwards, each presented a short eulogy on Mr Cochrane in the Victorian Parliament. In fact, Sir Henry pointed out that Mr Cochrane was the last surviving member of this Parliament who served as a member of the Australian Infantry Forces during the First World War. Mr Cochrane was also the President of the Westernport Memorial Hospital Board and he was awarded a Life Membership for his work with the R.S.L. He was a Past Master of the Koo-Wee-Rup Masonic Lodge and an Elder of the Presbyterian Church and was awarded an O.B.E in 1971.


Leslie and Ivy had two children - Irene (Mrs Jack Haw who died in 2001) and Stewart who died in 2000. Mrs Cochrane was also involved in community organizations such as the Presbyterian Ladies Guild and attended the first Koo-Wee-Rup Red Cross meeting. She was Foundation President of the Hospital Ladies Auxiliary and was awarded a Life Governorship of the Hospital in 1974. Mrs Cochrane died in September 1986, aged 91.

Cochrane Park was developed by the Apex Club in 1980 on Railway land. It was then taken over by the Lions Club who named it for Leslie Cochrane.

The two small photographs are from the Koo-Wee-Rup Sun May 3, 1972 from a report about Mr Cochrane's funeral.
Posted by Heather at 8:50 PM