Sister Muriel Instone enlisted on May 5, 1915 as an Army Nurse and embarked on the Mooltan on May 18, 1915. She served in hospitals in England and France throughout the War and returned to Australia on the Konigen Luise in January 1920. Table Talk, a weekly Melbourne newspaper at the time, had a full page feature on Nurses who have recently left for the Front in their May 27 1915 issue, so we are lucky to have  a photograph of Muriel. 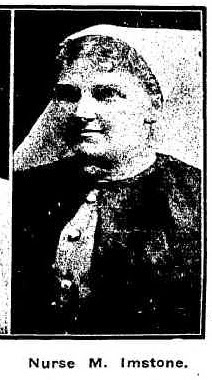 Muriel's Embarkation record, from the Australian War Memorial,  is reproduced below. As you can see, her address at the date of her enrolment was Pakenham.

Australian War Memorial (click on image to enlarge it)
www.awm.gov.au

To find out where she lived in Pakenham I went to the Electoral Rolls, available through the Ancestry Family History database. In 1914 Sister Instone was living at IYU, a large property at Pakenham.

This is the entry for Muriel Instone from the 1914 Federal Electoral roll.
Source: Ancestry Family History database

The IYU run  in Pakenham was taken up in 1839 by Dr W. K. Jamieson. It was originally nearly 13,000 acres (about 5, 200 hectares).  In 1849, William Waddell took over the pastoral lease and after his death his widow, Annie purchased the pre-emptive right section plus other land. Mrs Waddell built a large brick house, pictured below,  on the property in 1858 and this would have been where Muriel was living when she was on the property. The property at that time was around 4,800 acres and some subsequent owners were George Watson, Steven and Samuel Staughton and  John Kitchin, who operated what is thought to be Australia's largest dairy farm on the property. 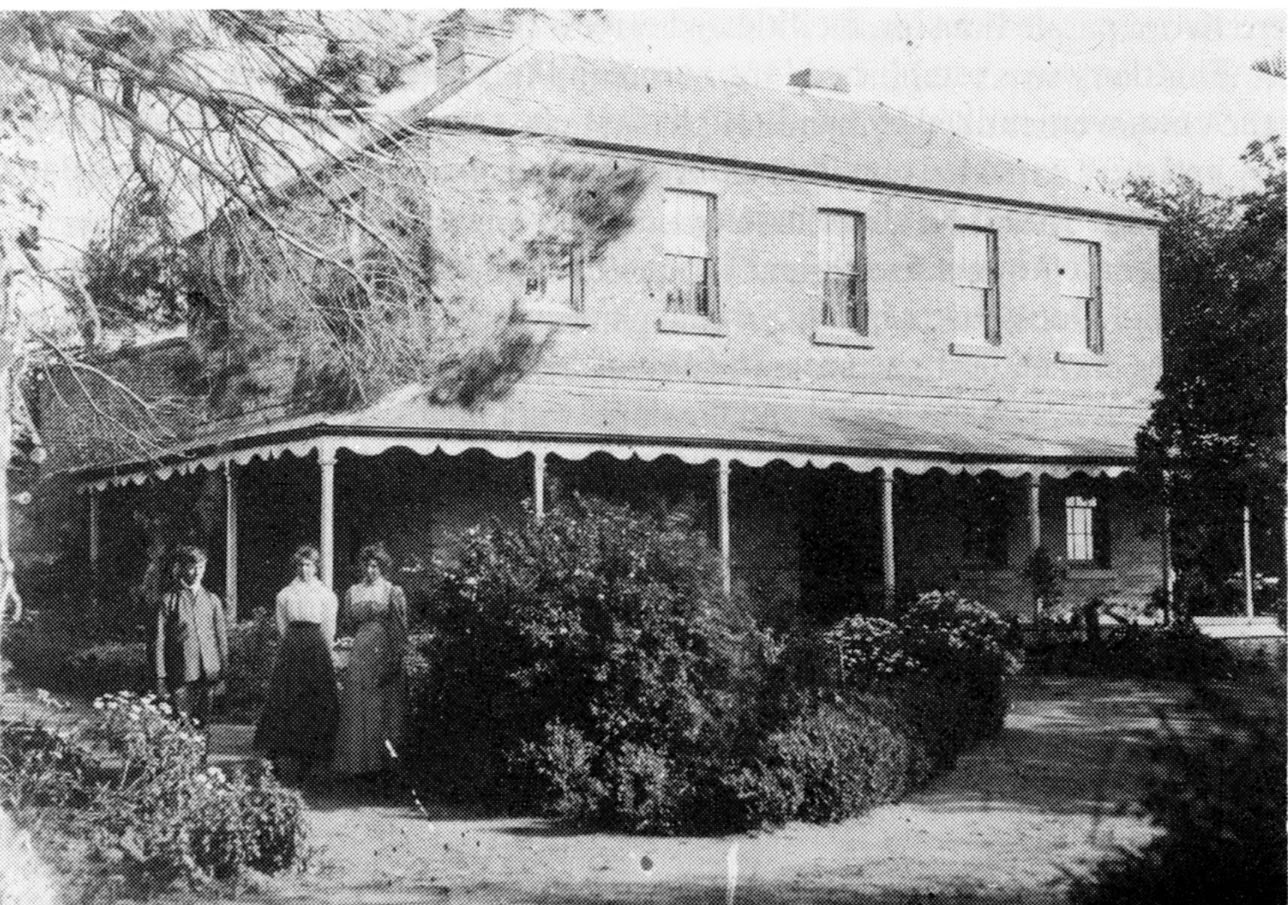 This is the IYU  Homestead. It was built in 1859 and destroyed by fire around 1929.
Photograph from: In the wake of the pack tracks, published by the Berwick Pakenham Historical Society.

According to the Shire of Berwick rate books, Robert and Constance Staughton took over IYU in 1913, which by then  was a mere 2,000 acres. I believe Robert was the son of former owner, Stephen Staughton. The Electoral Rolls indicate that  Muriel was in Melbourne until about 1914, so I am surmising that she took a job with the Staughtons - they had  four children between three and ten to look after and in March 1915 the entire family came down with ptomaine poisoning or food poisoning and needed medical assistance, so they were fortunate they had  an experienced nurse on hand.

Muriel Instone was born in Riverton, New Zealand in 1878 to Matthew and Emily (nee Brodrick) Instone, so she was 36 when she enlisted in 1915. Muriel was in Victoria in 1903 as she is listed in the Electoral rolls at the Homeopathic Hospital in South Melbourne. The Homeopathic Hospital was renamed Prince Henry's Hospital in 1934. Muriel's service record at the National Archives www.naa.gov.au  also indicates that she had experience at the Women's Hospital, that she had her midwifery certificate,  as well as experience in private hospitals and private nursing.  In 1909, Muriel and Daphne Instone were listed as living at 16 William Street, South Yarra. I am not sure of the relationship between Muriel and Daphne, but she was also a nurse. As I said before Muriel returned to Melbourne in 1920 but I cannot find any trace of her after that until her death on October 11, 1932 aged 54.

I was interested to find that when Muriel was still in England and still with the Australian Army Nursing Service that she undertook a three month motor driving and workshop course at Mansions Motor Training Garage in London and she made good progress and passed satisfactorily.  Many of our Army nurses were single women who had to support themselves and make their own way in the world and this training just supports this idea, so that when Muriel returned to Melbourne she could drive her own car and have a basic knowledge of the mechanics of it.

From Muriel's service record at the National Archives of Australia www.naa.gov.au