Before Federation each Colony was responsible for its own defence. The Victorian Volunteer Act 1854 allowed for the establishment of volunteer units. From 1860 many towns had their own Volunteer unit , including Dandenong which was the head quarters of the local volunteers.   From 1884, the Volunteer Forces were replaced by the Victorian Militia Force. The Militia forces were part-time like the Volunteers but they were paid.and they were obligated to attend a certain amount of training each year in the form of annual camps.

The Volunteers and the Militia  trained at various locations in Victoria, such as Werribee and Queenscliffe, but it became apparent that a permanent training ground needed to be established by the Victorian Government and,  in 1886, land at Langwarrin was set aside for this purpose. The land had gentle slopes, natural water supplies and  a variety of vegetation. The reserve eventually consisted of 549 acres or 222 hectares. 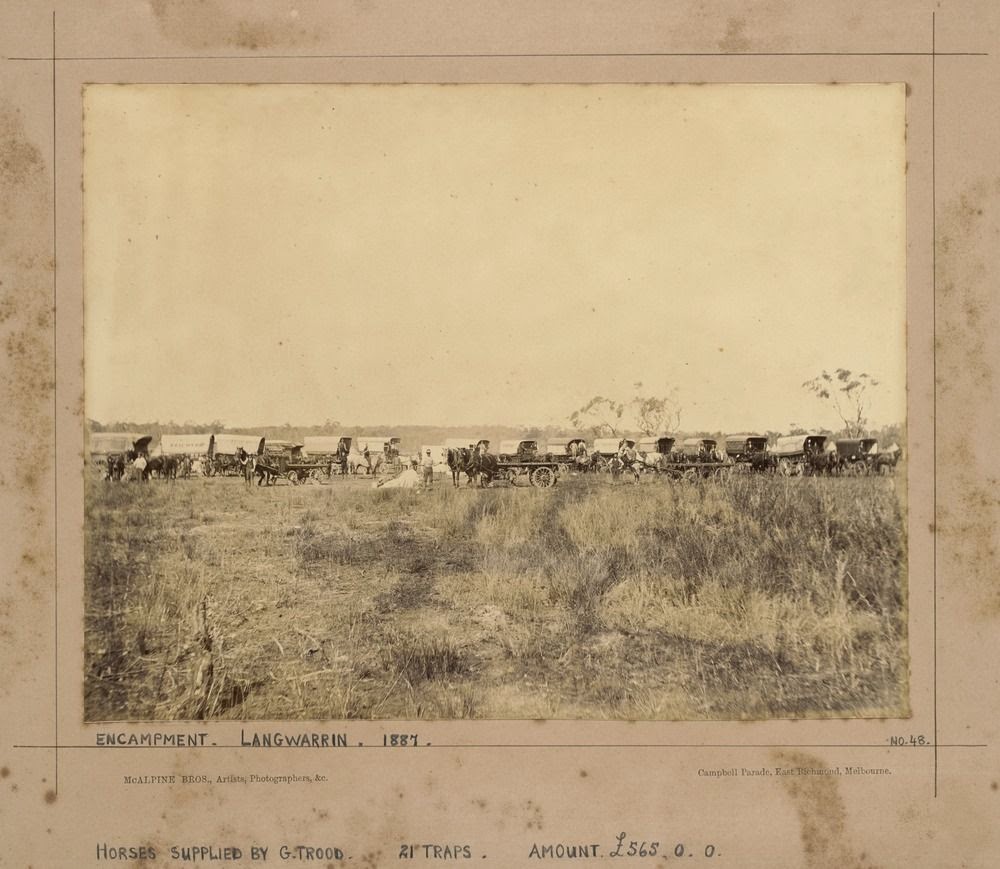 The first Langwarrin camp was held at Easter  in  1887.  The first buildings at the Reserve were stores for the Commissariat Corp; other buildings included caretakers quarters and  stables. Roads, Parade Grounds, and a  rifle range were other structures erected.  Numbers at some camps were large - in the 1890s some camps had over 3, 500 men, plus hundreds of horses. Langwarrin was used to train contingents of Victorians who went to the Boer war (1899-1902). 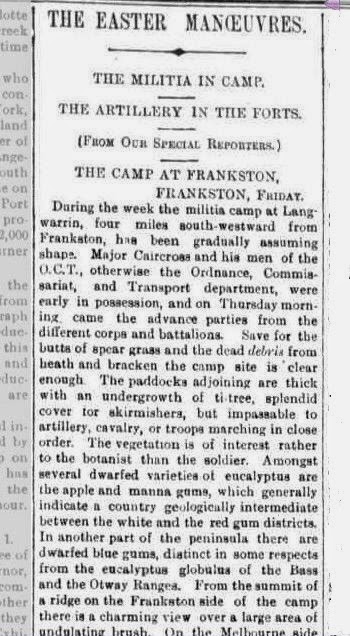 This is part of an article about the first camp held at Langwarrin
Australasian April 9 1887
http://nla.gov.au/nla.news-article142178555

Originally, access to the Reserve was by trains which stopped at Frankston - after that troops, all supplies , horses etc had to be carted or travel down bush tracks to get to the Reserve.  An extension of the Frankston line was established and this reached the Reserve, with the station being called Langwarrin,  in October 1888. 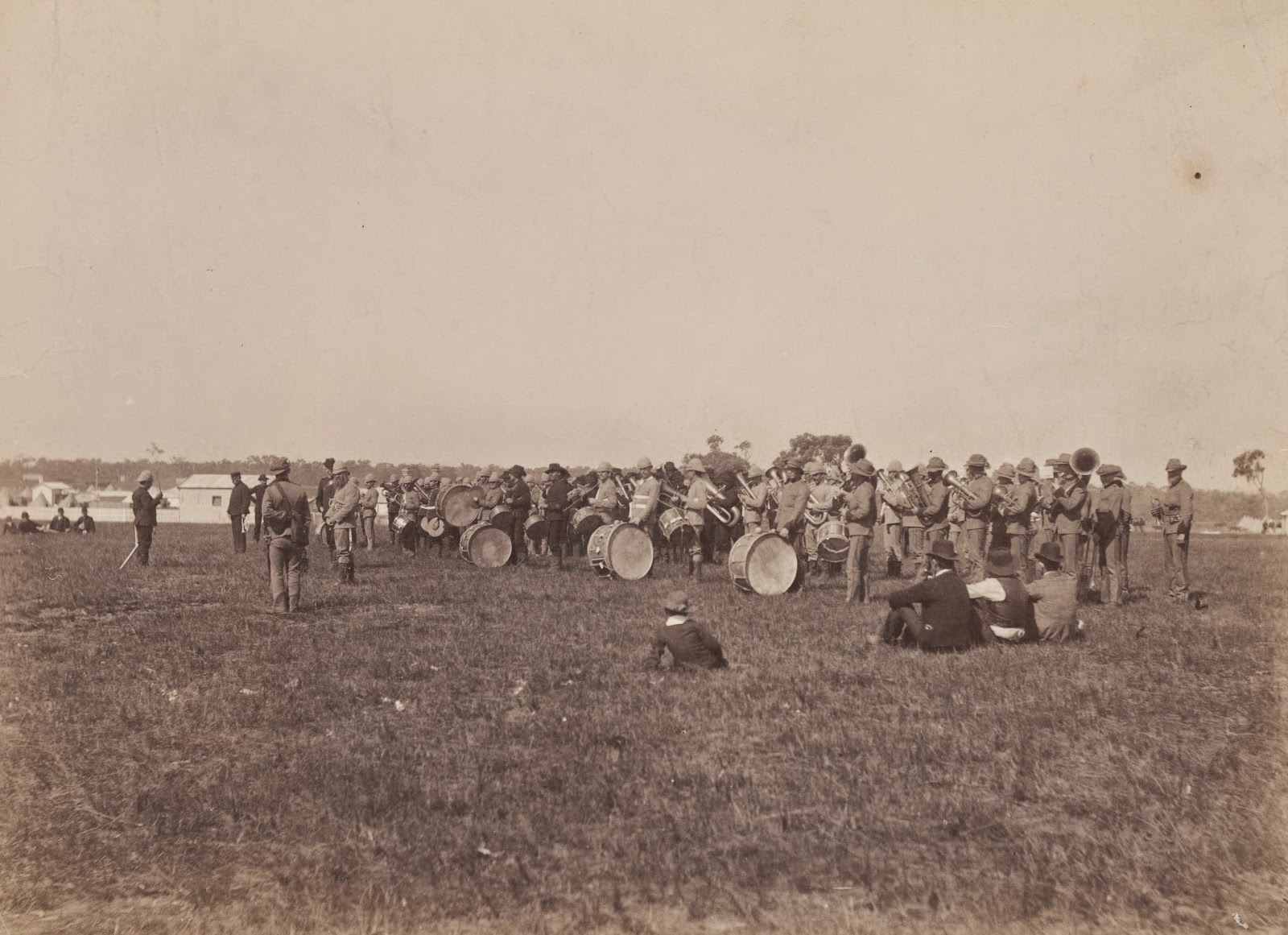 There was, for  a short time, a School on the Reserve. It was the Langwarrin Railway Station School. No. 3023. This had opened in 1890 in the Presbyterian Hall and then moved to  a purpose built school in 1895 on  the south-west corner of the Reserve, near the corner of McClelland Drive and Robinsons Road. This School burnt down, around 1905 and children then attended the Mornington Junction  School which was built on the corner of McClelland and Golf Links Road , near the railway line. In 1919, the name changed to Baxter and it moved to its present location on the six cross roads in 1954. To be more precise, some children attended the Mornington Junction School, other children did not go to school, as this article from the Mornington  Standard tells us. The parents said that they are more than three miles from the school and thus not required to send their children to school,  unless they take  a short-cut through the Military Reserve, which is a bit dangerous on the days when rifle practice is carried out! 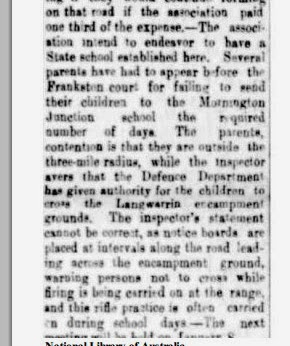 The Reserve was handed over to the Commonwealth Government in March 1901 and various training camps were held  intermittently  and in declining frequency until World War One. The Reserve was not used to train men in World War One but it was used to house prisoners of war or internees i.e. German, Austrian and Turkish nationals that were in Australia after war was declared, and the crew of any German ships.  The Internment camp was first occupied at the end of 1914  Huts were built, a gaol was built for those that were deemed to need it. Most of these internees were removed to Liverpool in New South Wales in August 1915. 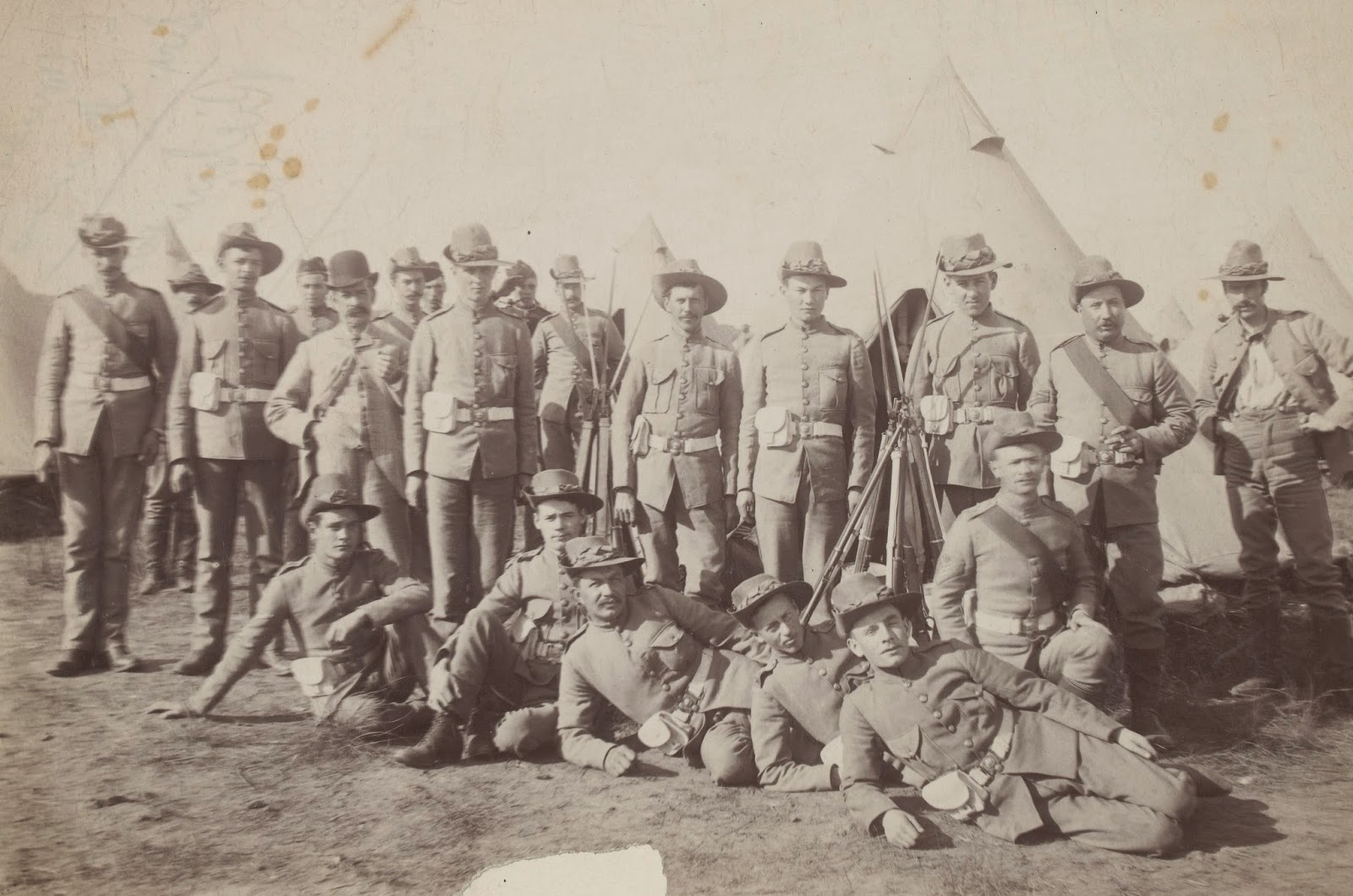 
Langwarrin was then used to as a hospital for men infected with venereal diseases, as this was a problem amongst soldiers. At one stage, over 800 men were housed at the Langwarrin Reserve. The Hospital complex had an operating theatre, a dispensary, kitchen, engine house, dental surgery amongst other buildings.  The Langwarrin Camp was closed in February 1921. It was used occasionally for grazing, some training exercises during World War Two, the Frankston small bore rifle club had the lease of some of the land from 1960;  various sub-division proposals came and went and were never acted upon. In 1980 the Victorian Ministry for Conservation took over about 207 hectares of the land, in 1982 the remaining land was purchased and on December 11, 1985 the land became the Langwarrin Flora and Fauna Reserve. 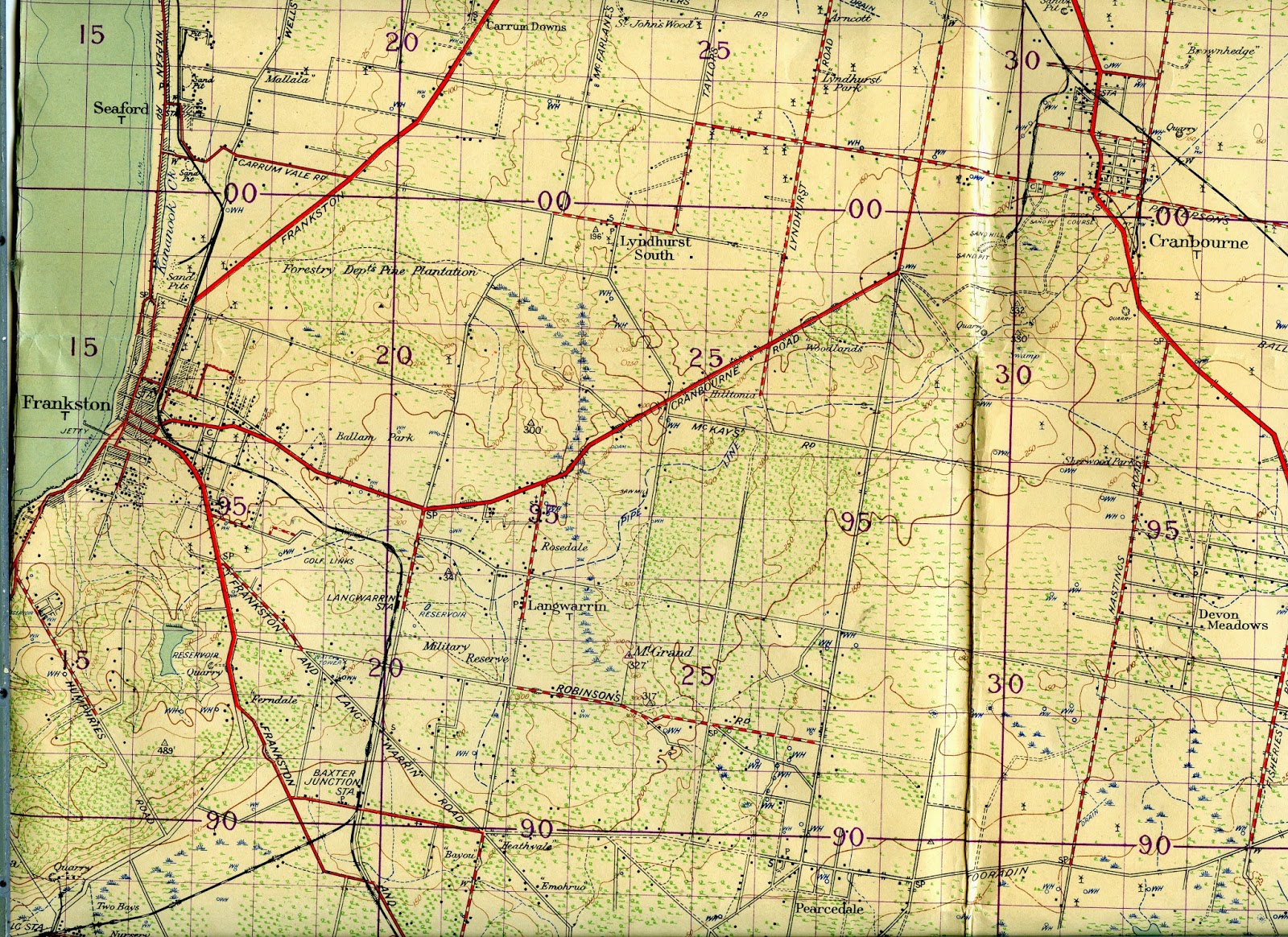 The location of the Langwarrin Military Reserve can be seen on 1938 map, prepared by the grandly named Australian Section Imperial General Staff. 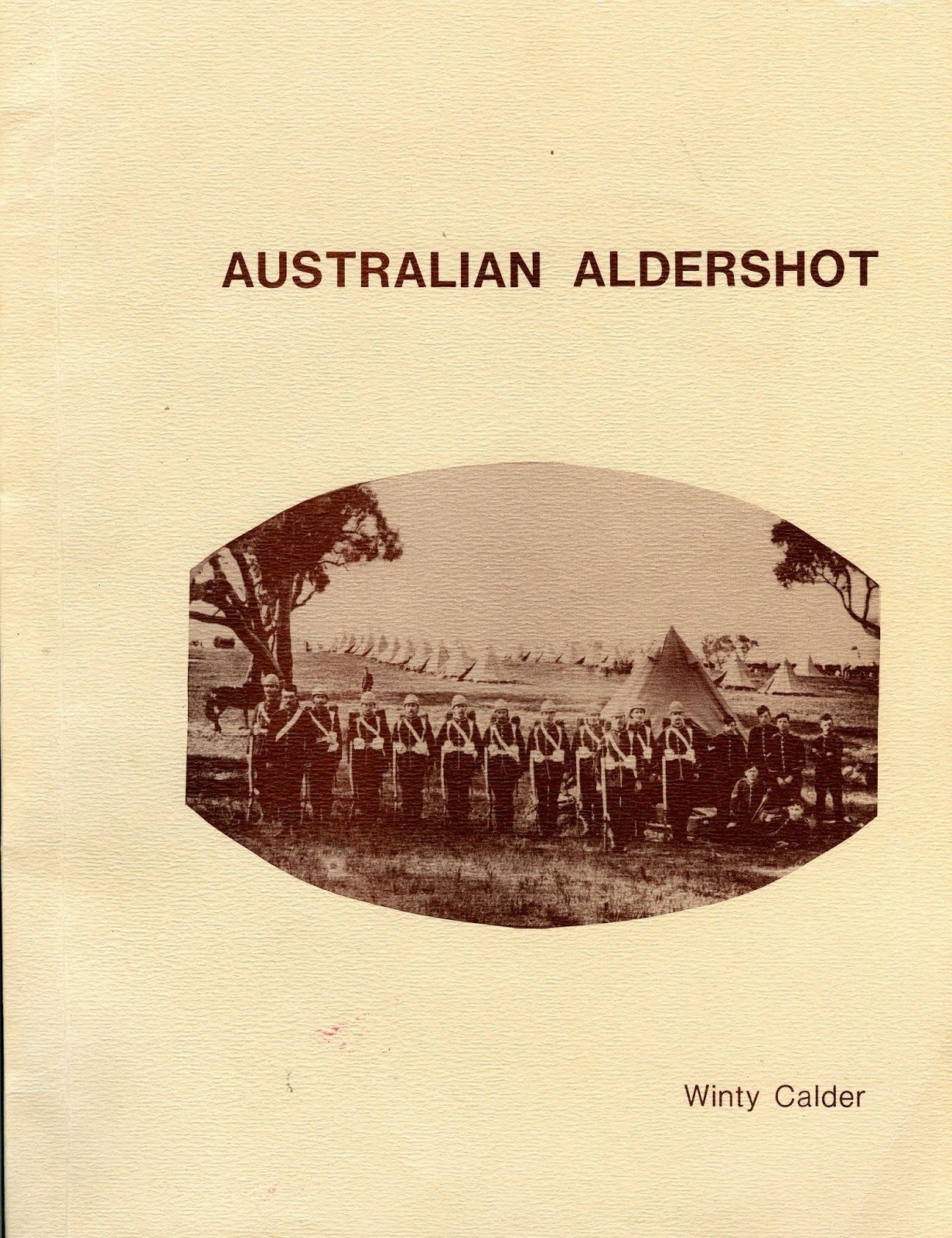 Most of the information in this post comes from the book Australian Aldershot: Langwarrin Miltary Reserve Victoria 1886-1980 by Winty Calder (Jimaringle Publications, 1987)  The Library no longer has a lending copy of this book, we only have  a  reference copy in the Local History collection, which can be accessed by appointment

Hastings Western Port Historical Society has  copies for sale, if you wish to acquire your own copy of this interesting book.
http://home.vicnet.net.au/~dromana/hastings.htm