Welcome to our new blog

Welcome to our new blog. The aim of this blog  is to be a  forum for commemorating and recording the impact of World War One on the people in the region now covered by the City of Casey and Shire of Cardinia - it will cover life on the home front, information about local soldiers and other personnel such as nurses and the development of local groups such as the Red Cross and Patriotic Groups. It will also look at the aftermath of the War and how communities commemorated their losses and service by the creation of Avenues of Honour and other memorials.

This won't be a chronological work - it will be an eclectic look at the Great War and it's impact on our area. However, our blog, along with the general community will commemorate the centenary of a number of events over the next four years such as  - August 4, 1914 when England declared War against Germany and the Australian Prime Minister, Andrew Fisher, declared our support and this was the official start of World War One. Voluntary recruitment for the Australian Imperial Force (AIF) which began on August 10, 1914 and the Australian Red Cross which was established on August 13. The First Division of the AIF sailed from Albany, W.A for Egypt on November 1, 1914. Australian troops landed on the Gallipoli Peninsula in Turkey on April 25, 1915 and they remained there until December 20 that year when the last Australian troops were evacuated from the Peninsula.  On April 7, 1916 Australian troops took up positions on the Western Front in France. On June 6, 1916 the Returned Sailors and Soldiers Imperial League of Australia (RSSILA), the forerunner of the current Returned and Services League of Australia (RSL), was formed. July 19, 1916 was the start of the Battle of Fromelles and the War officially ended on November 11, 1918. (Source: www.anzacsite.gov.au) 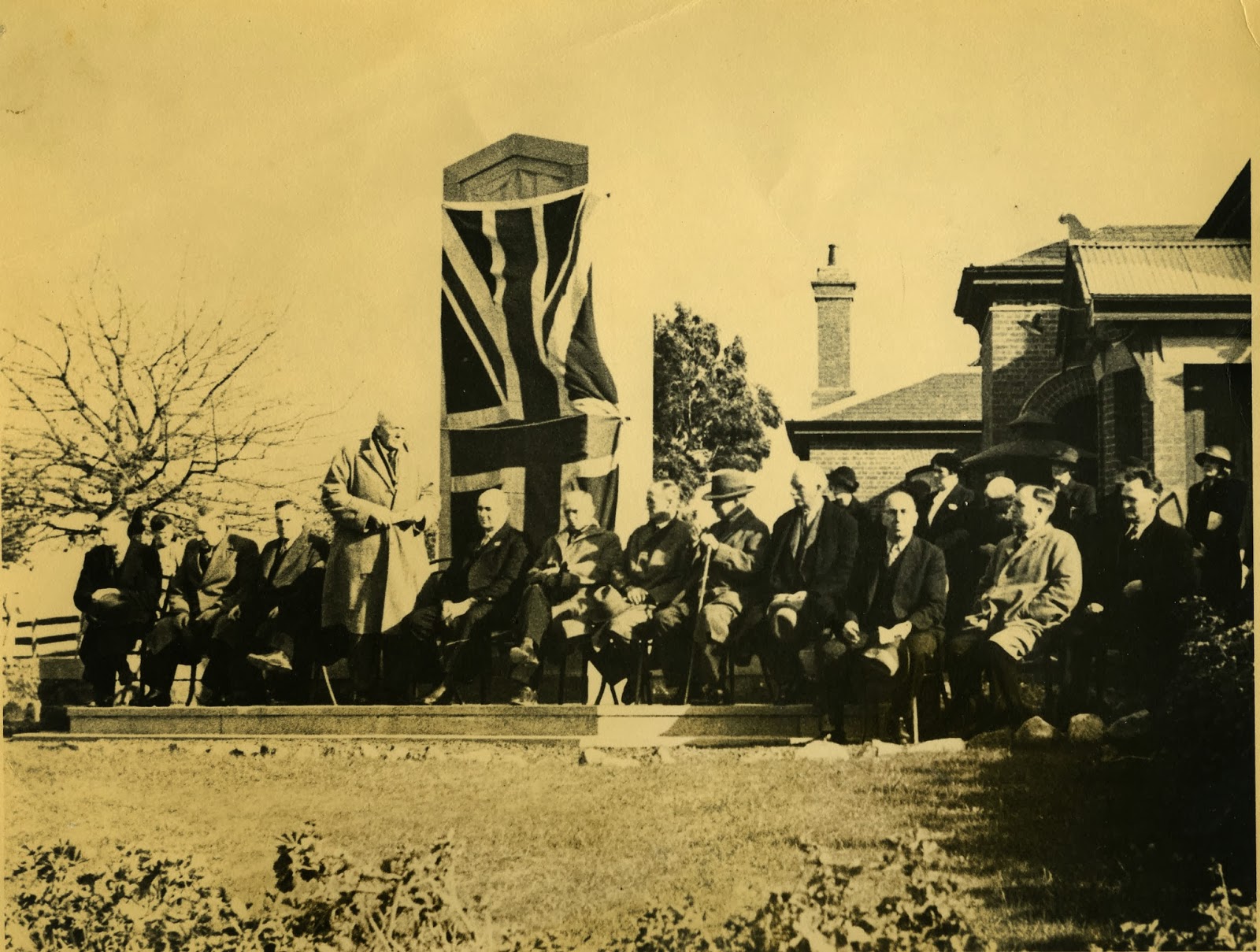 Unveiling of the Cranbourne War Memorial. The Memorial was officially unveiled on August 27, 1939, ironically only about a week before Australia was once more at War, as it was on September 3 that the Prime Minister, Robert Menzies, announced we were at war with Germany. The picture is from the Cranbourne Shire Historical Society collection.

If you want general information about Australia and the Great War, then a good place to start is the Australian War Memorial website www.awm.gov.au. This site has a history of our involvement in all conflicts; information about the various Units that served in the War, including the Unit War diaries,  and the nominal rolls and embarkation rolls.

The full records for World War One service personnel can be found on the National Archives of Australia website www.naa.gov.au  The Federal Government has established a website  Gallipoli and the Anzacs  www.anzacsite.gov.au  which records information about Australia's involvement in the War especially the Gallipoli campaign. We also have a list of other relevant websites on the right hand side.
Posted by Heather at 7:43 PM