I have written before about knitting for the War effort - it was something that women and girls of all ages could do as their contribution. The Yannathan Patriotic League held a competition  for the best pair of hand-knitted socks - they had to be knitted in 'wheeling wool' on No. 10 needles. Wheeling wool seems to be a  heavy wool, suitable for socks and jumpers. Originally the competition closed on July 25, 1917 but it was later extended to August 22. The winner was won by 'Yo-rana' of Shepparton with the runner-up being Mrs Hammond of Yannathan. 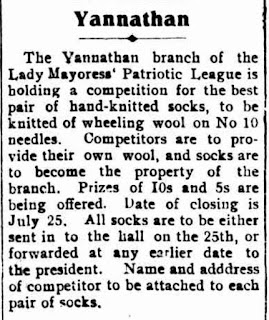 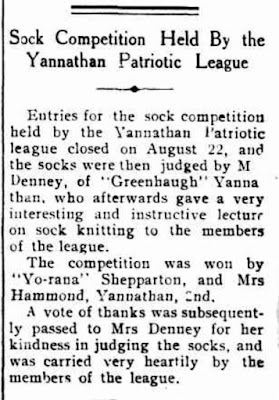 If you want to knit your own socks, then click here, for the pattern, which was published by the Australian Comforts Fund. 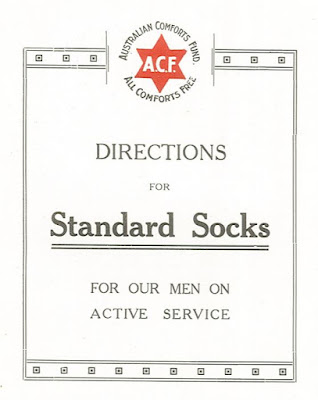 Did boys knit? It must have been fairly  unusual as in 1915, The Argus had an article with the headline 'Socks Knitted by a Boy.' The socks, knitted by Melbourne Grammar student, Master J.Z. Murphy, raised £83 at an auction. Read the full article, here. 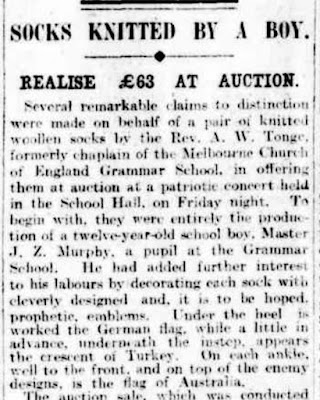