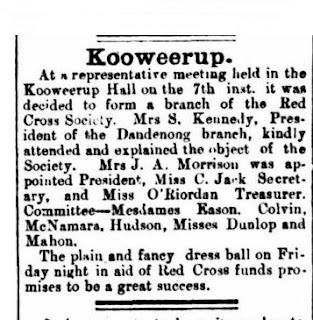 Unfortunately, our operation has not been continuous. Koo-Wee-Rup Red Cross operated for the duration of the First World War, and then closed down  ‐ only to become active again during the Second World War. Once again it closed down, only to be revived in 1962 ‐ and we celebrated our Golden Jubilee (and "third incarnation!") in 2002

Red Cross archives have given us a list of the Unit office bearers, and we have a marvellous "Treasurer's Book" covering the period 1940 to 1948, compiled by the late Margaret Robertson, in beautiful cursive handwriting. "Mrs. Robbie's book" contains annual lists of Red Cross members during this period. In 1943‐44, the Koo-Wee-Rup Red Cross Unit had 261 members -  which must have been most of the adult population of the town at the time. You can imagine a couple of determined ladies walking the town and informing everyone that it was their patriotic duty to join Red Cross to help the war effort! You can see Mrs Robbies list below.

The list contains some very familiar Koo-Wee-Rup names ‐ Cochrane, Broadbent, Mickle, Rossiter and Glasscock to name a few. And our Italian community was well represented by names such as Ventura, Crameri, Inverno and Rossetti. In fact it is quite a good genealogical resource: was your family living in Koo-Wee-Rup in the forties? Any information in your family archives?

According to Red Cross records, the first Secretary (in 1914‐15) was a Mrs. C.M. Jack (although she is later listed as Miss C.M. Jack)   From 1916 to 1919, Mrs. J.A. Morrison was President, Miss C.M. Jack was  Secretary and Mrs. M. Hamilton, the Treasurer.  Any information about these ladies would be much appreciated ‐ pictures of our pioneer office bearers would be especially valued.

Editor's note: Congratulations to the Koo-Wee-Rup Red Cross!  If you have any information on early office bearers or on the history of the Unit leave a comment below and I will put you in touch with Don. 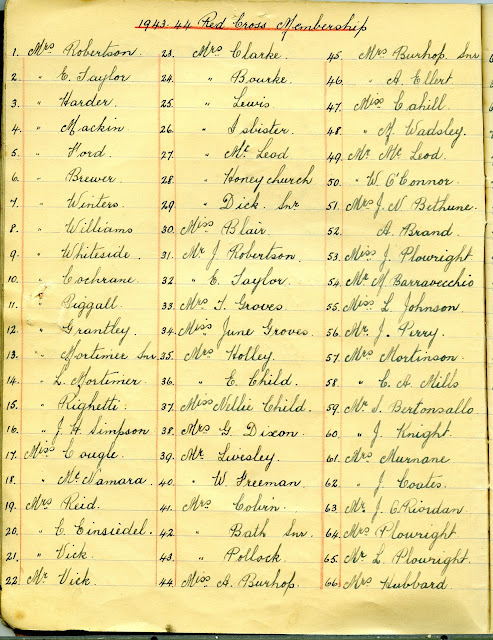 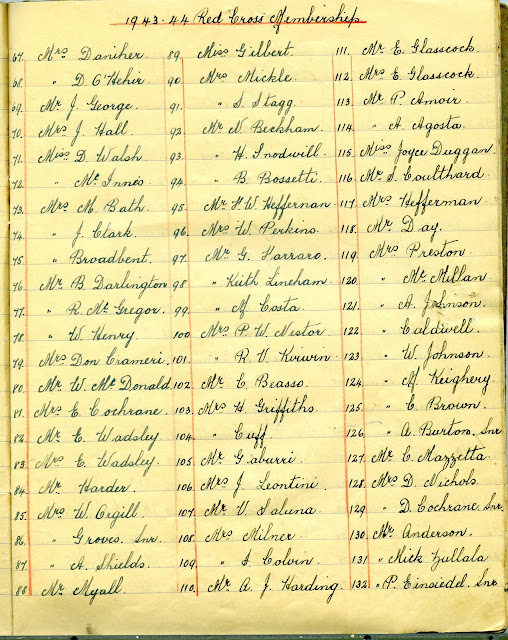 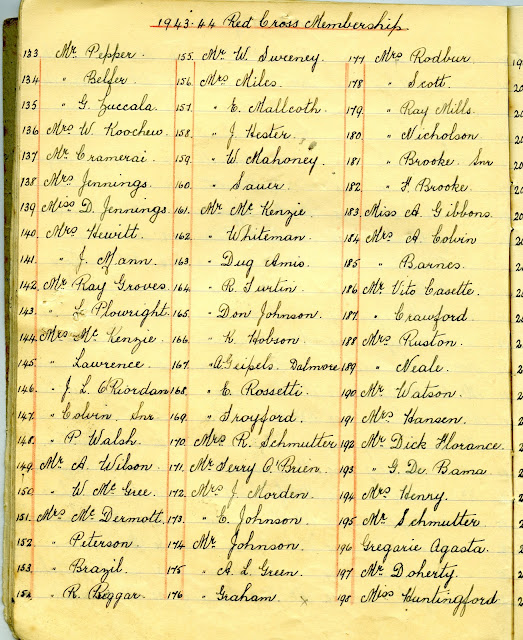 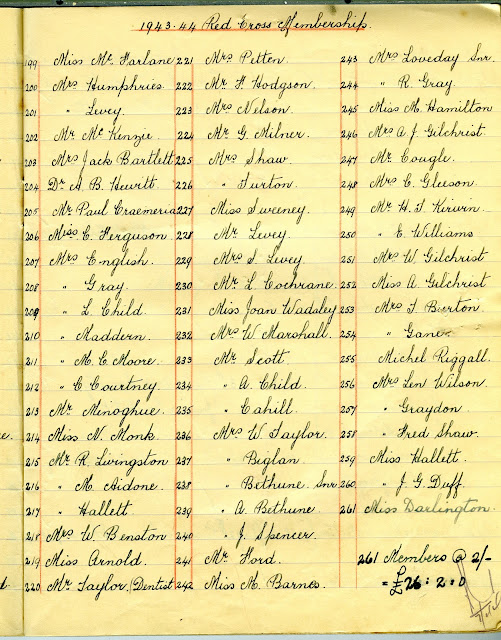