The Shrine of Remembrance

The Shrine of Remembrance www.shrine.org.au has a series of lectures and activities  relating to different aspects of World War One and other conflicts. Some of the topics include our submarine heritage; the lost boys of ANZAC which looks at the men who died on April 25 1915 at Gallipoli and The Other ANZACS - a look at women who served in the war. The full schedule can be down-loaded at www.shrine.org.au/Whats-On
I attended one of these lectures, held at the Warragul RSL and heard Tim Whitford's talk on the Lost Diggers of Fromelles and it was fantastic, so based on this experience I can well recommend the series.

The Visitors Centre at the Shrine is being refurbished and will be opened in August 2014  and in November the new Galleries of Remembrance will open which will display exhibitions relating to Australian at War. 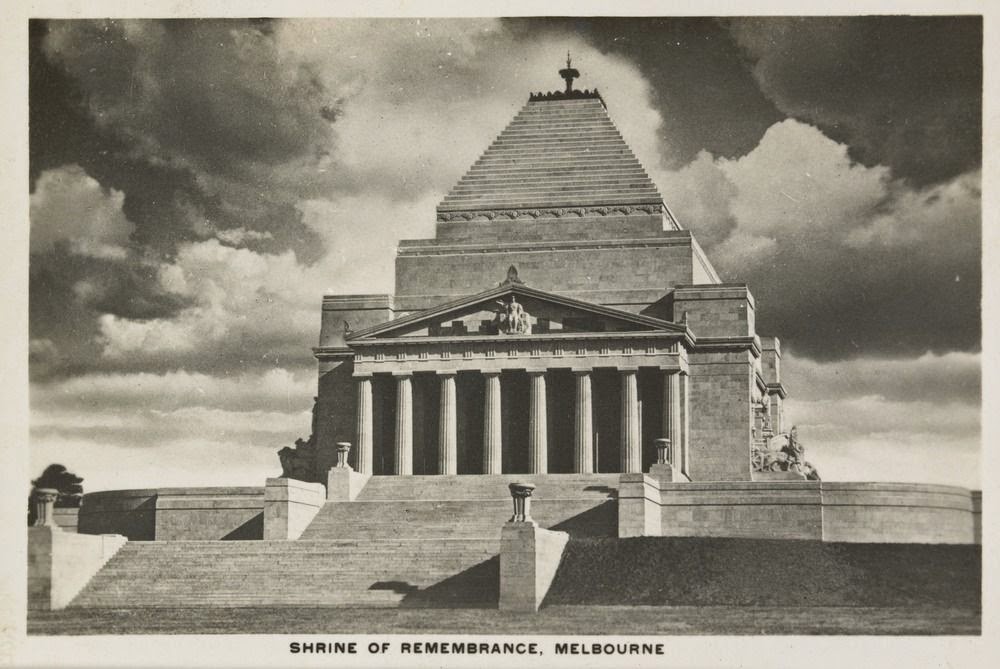 The Shrine of Remembrance
State Library of Victoria Image H30150/16

The Shrine was constructed between 1927 and 1934. There was a competition to design this memorial to the soldiers of the Great war and it was won by Philip B. Hudson and James H. Wardrop. It was built by the Company Vaughan and Lodge and was officially opened by the Duke of Gloucester on November 11, 1934. If you want to read about all the architectural features of the Shrine, click here to access the citation on the Victoria Heritage Database http://vhd.heritage.vic.gov.au/

This is the headline in The Argus of November 12, 1934 about the opening ceremony of the Shrine - you can read the full report in The Argus click here on Trove http://trove.nla.gov.au/newspaper

Before the Duke of Gloucester dedicated the Shrine, the Premier of Victoria, Sir Stanley Argyle, read the Ode, written by Rudyard Kipling especially for the occasion. The ode was a stately and dignified tribute to the Australian soldiers according to The Argus 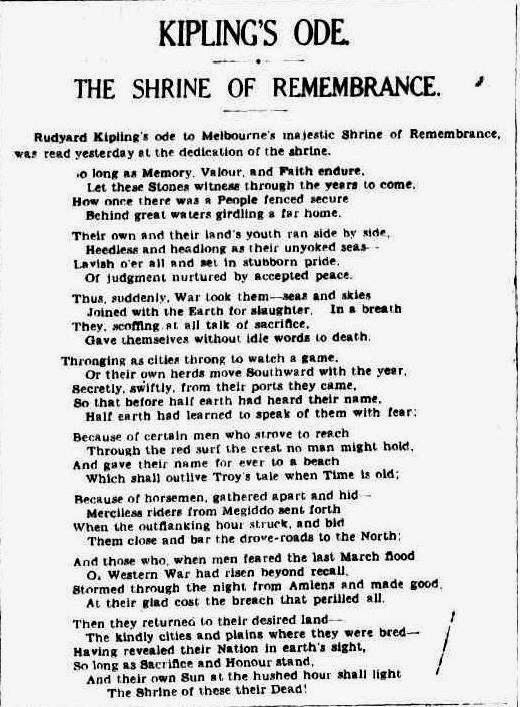 Kipling's ode written for the opening of the Shrine - click on the image to enlarge it.
This was published in the Sydney Morning Herald - http://nla.gov.au/nla.news-article17138809

The Shrine is built of granite, quarried from Tynong. This was a fact that my grandma, who grew up in Tynong, was very proud of! The Visitor Centre which opened in 2003 was also finished in Tynong granite, sourced from a quarry close to the original one. 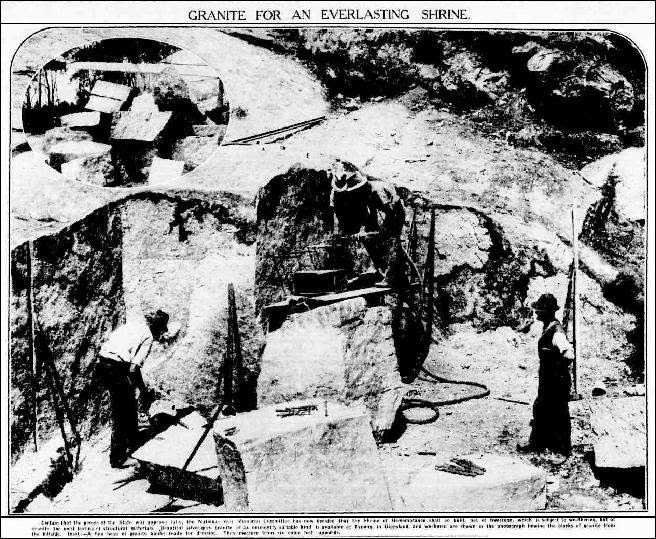 This is a not very clear photograph of the Tynong Quarry - so here is a  transcription of the headline and caption. Click on the picture to get a better view.

Headline: GRANITE FOR AN EVERLASTING SHRINE.
Caption: Certain that the people of the State will approve fully, the National War Memorial Committee has now decided that the Shrine of Remembrance shall be built, not of freestone, which is subject to weathering, but of granite, the most lasting of structural materials. Beautiful silver-grey granite of an eminently suitable kind is available at Tynong, in Gippsland, and workmen are shown in the photograph hewing the blocks of granite from the hillside. Inset:-A fine heap of granite blocks ready for dressing. They measure from six cubic foot upwards. 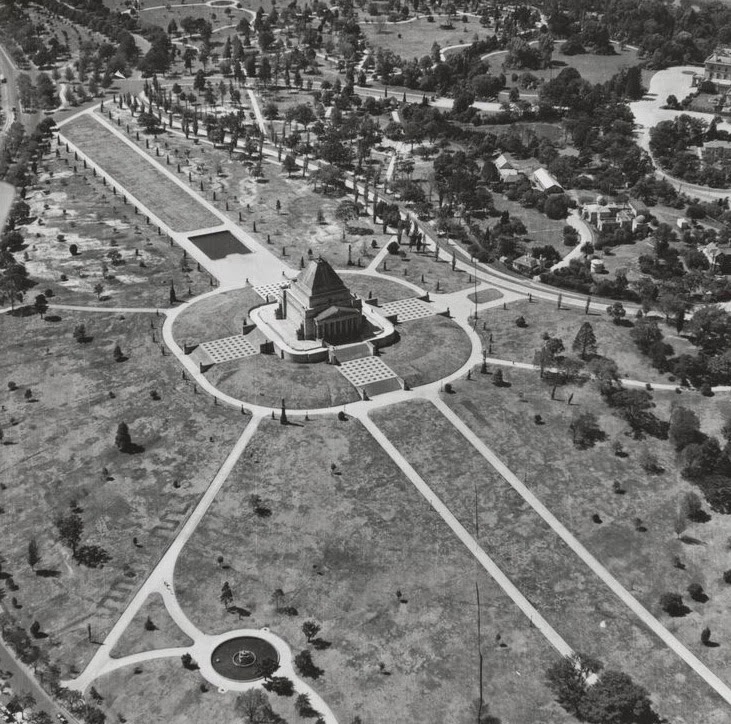